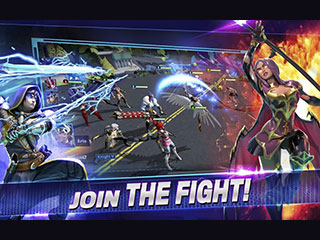 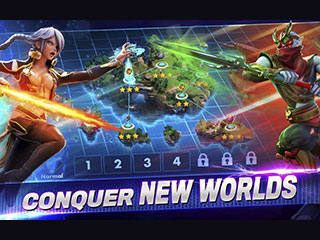 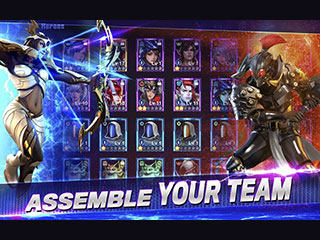 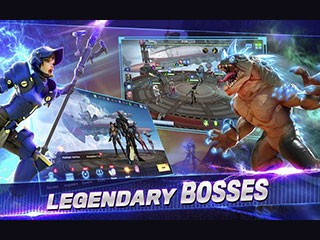 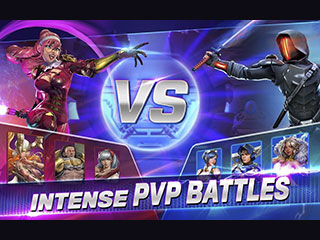 It's time to fulfill your destiny crystal breaker! Free the world's heroes from imprisonment and lead the revolution of the skies in this brand new strategy RPG.

TEAM UP WITH FRIENDS & FUFILL YOUR DESTINY!
Welcome to Horizon, a world of thrilling action and cutting edge storytelling! Team up with friends and develop a strategy to take down bosses and players in PVP. Explore new worlds in a race to uncover ancient secrets of an alien race in a thrilling adventure!

THRILLING NEW GAME MODE!
Introducing a mind-blowing new game mode "Guild Conquest!" It's a race to the center and your allies need you. Band together for control and expand your territory. Forge alliances and make a play for the throne!

FAST-PACED, DYNAMIC PVP BATTLES
PVP with players from around the world with fully animated attacks and stunning visual effects in breathtaking arenas. Do you have what it takes to be the champion? Answer the challenge, defeat your opponents, and show that you are the best in the world!

DEEP SKILL TREE
Get powered up! Enhance your special abilities and discover new powers. Unlock unique research branches, to take your team to the next level, and give them the advantage on the battlefield!

HEROES UNITE!
Assemble the strongest team in the galaxy! Collect hundreds of unique heroes, powerful weapons, and special gear to put together an unstoppable legion.

DISCOVER YOUR DESTINY
Explore the mysterious floating islands of Horizon and unlock the secrets of the Crystalborne. What fate awaits you?

The War of Genesis: Battle of Antaria

Spirit Beast of the East