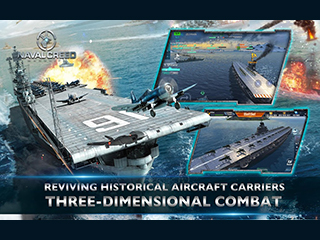 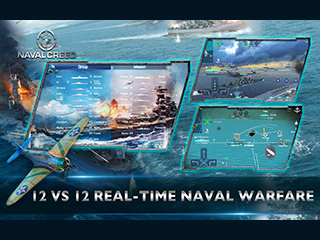 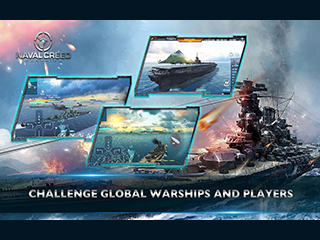 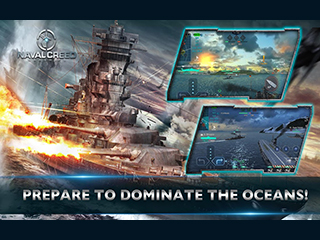 The French battleship line has been fully unlocked. A complete technology line with serveral battleships is waiting for you! Roar for the glory of hundred years history of the French Navy!

Updates in the game:
1.The Technology Tree of French battleships has been fully unlocked!
2.French cruiser "Algérie" is now available in the shop.
3.French battleship "Jean Bart" is now available in the shop.
4.Fixing the problem that the skill of "artilery warning" in Arena is not effective.
5.Decreasing the duration and cooling time of all "engine boost" consumables.
6.Adjustment of the stats of "Montana": Increase sigma of HE shells by 1 and ignition chance to 37.5%.
7.Reducing the Surface Detection range of "Neustrashimy" by 500 m, Air Detection range by 300 m.
8.Adjusting MM weight of L3 to 10.0, H39 to 9.0 and Bismarck to 8.2.
9.Reducing the detectable distance of all torpedoes by aircraft to 1/2 of the old value.
10.Fixing the problem that the Arena quests could be completed by normal PvP battles.

Optimized contents:
1. Sound effect optimization:
a) Adding the sound effect of dive bombers on Graf. Zeppelin.
b) Reducing the volume of all main guns and torpedoes reloading.
c) Adding engine sound effects for all ships.
2. Fixing the problem that all quadruple-mounted secondary guns showing only three shells.

Join the real-time battles on the sea, operate your warships and cooperate with your battle companions to destroy the enemies in the intense gunfire – this may sound easy, but trust me, once you set foot in the battlefield, you will be able to realize that this is a fascinating and exciting experience.

Naval Creed is a naval-battle-themed TPS game with stunning 3D graphics. Based on historical documents, the game has restored the Battle of the Coral Sea, Battle of the Philippine Sea and many more famous battles. More than 100 warships of four types and eight series from the World War II have also been realistically restored. The game is free to be downloaded on smartphones and tablets. Drive your warships anytime and anywhere and join the intense, exciting and fair global battle arena on the sea!

[Game Features]
-Realistic restoration of more than 150 warships of various types from the eight series of warships;
-You could choose freely from the following four main types of warships, Aircraft Carriers, Battleships, Cruisers and Destroyers;
-Various types of weapons are available, from 533mm torpedoes to 510mm guns;
-Online 12v12 match or 7v7 worldwide competitive arena. Fight to the death with global warship enthusiasts;
-Multiple enormous realistic battlefields of more than 2500 square kilometers on the sea could bring you back to the Guadalcanal Campaign, Battle of Midway and many more classic battles in history;
-Exquisitely restored warship models allow you to admire the flawless details of the warships from 720 degrees;
-Elaborate visual data of the warships. Armors, modules and arrangements of the armaments could be seen very clearly;
-Various multi-player gameplay mechanics. Team up with your friends or join in a fleet to fight with them side by side;
-A truly free naval-battle-themed game with no life limits or Ads. You will be able to enjoy the game fully without paying or keeping playing for a long time.